Home > LASK > Verein > Welcome Manchester United, may I introduce LASK to you? 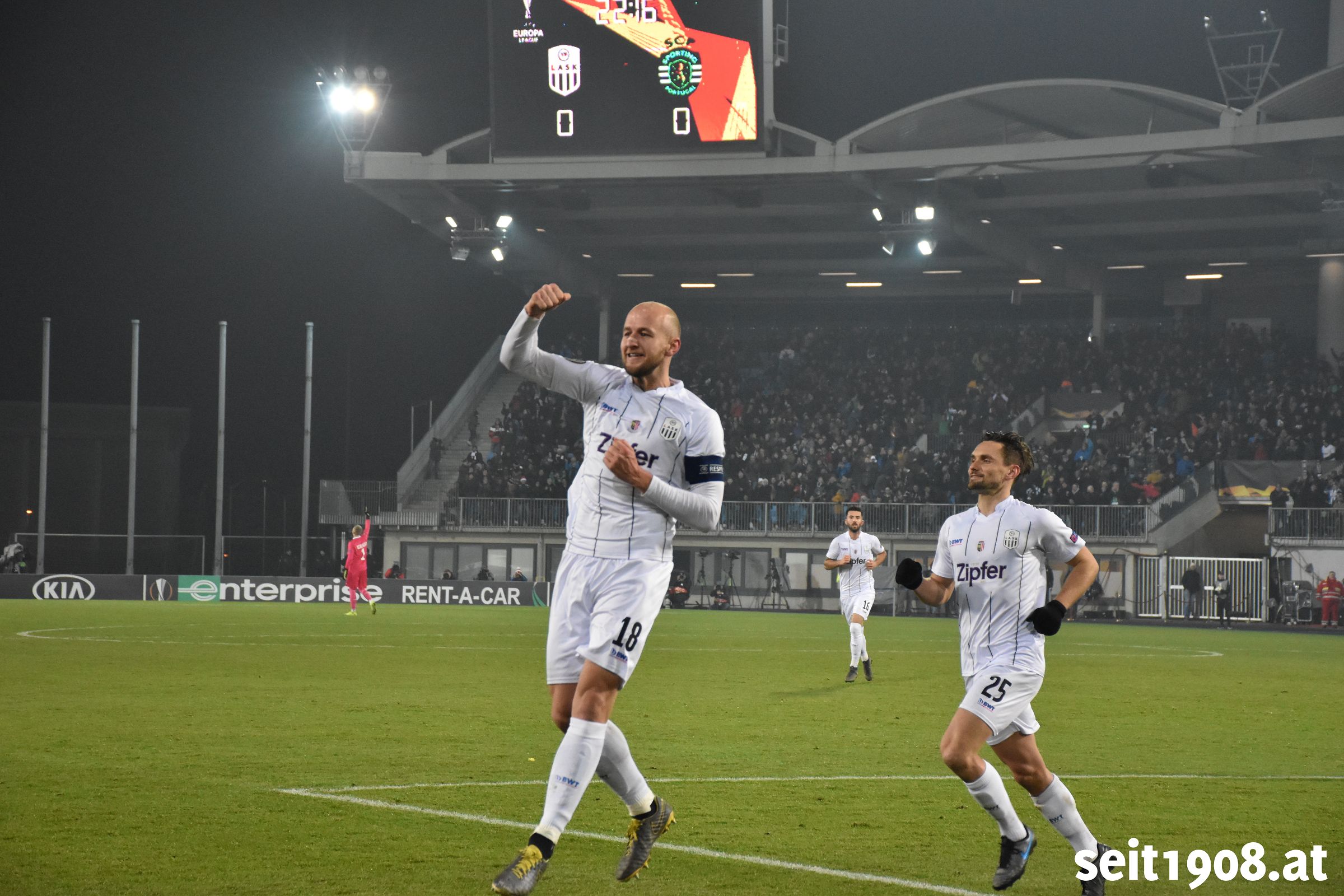 Welcome Manchester United, may I introduce LASK to you?

We were asked by a Manchester United Supporters page, if we can answer them some questions about LASK for their Blog “Opposition Talk”.

What can you tell us about LASK and their style of football?

LASK is an acronym for Linzer Athletik Sportklub. The club was founded in 1908, making it one of the oldest clubs in Austria outside Vienna. Our biggest success was in 1965, when we won the “Double“, consisting of the Austrian League-title and the ÖFB Cup-title. We were the first club to win these competitions coming from another city than Vienna. In the last decade, the club faced some serious financial problems, which was why we were relegated to the 3rd division for financial reasons. Throughout those hard times, the supporters remained loyal and continued to follow the club in huge numbers (for Austrian conditions), no matter what league they were competing in. The play-off match (between 3rd and 2nd league) against SC Parndorf in 2014 was played in front of 12.000 fans. Eventually, we came back like a phoenix from the ashes, and are now on top of the Austrian Bundesliga.

In terms of style of football, LASK always uses intense pressure, no matter the name of the opponent. With the ball in their possession, the defending system quickly changes into a 3 – 4 – 3 attacking system. Our players are very flexible, everyone knows what to do on the pitch – and when.

Talk to us about your manager, Valerien Ismael and his footballing philosophy?

Valerien Ismael has been the manager of the club since June 2019. He replaced Oliver Glasner, who is now the manager of VfL Wolfsburg. Ismael took over a well-functioning team and only made minor changes, making the team even more effective – and successful – than last season. As mentioned above, LASK is playing with intense pressure, and manages to find good solutions for most situations on the pitch. Ismael is very good at “in-game” and halftime coaching, resulting in the second half of most games being even better than the first one. 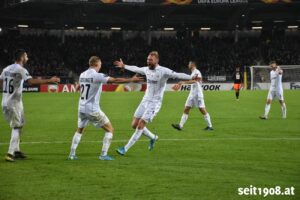 You are top of the league now. How has LASK managed to achieve that, given Salzburg’s dominance over the last decade or so?

Now this is a question that cannot be answered easily. We are currently living our dream and it is difficult to give an explanation, but let’s try. At Christmas 2013, the club was taken over by a group of investors called “Freunde des LASK” (“friends of LASK”). All of them were Austrian entrepreneurs and LASK-supporters. They made a solid long-term plan, giving the team and the manager enough time to develop. In our comeback-season in the Austrian Bundesliga we finished fourth, last season we finished second. Ongoing work at all levels is the key to success. A new stadium will be built until 2022, and we hope the success will continue. Besides players, manager and staff, the sports director Jürgen Werner and the club’s president Siegmund Gruber are key figures for the club.

Which players from LASK Linz must United keep an eye on and why?

First, it is LASK, not LASK Linz. The star is the team, but if we have to choose some players, we’d start with the goalkeeper, Alexander Schlager. He is currently Austrian’s best keeper, also playing for the national team. He plays a modern style and his saves are spectacular. He is probably the best we have ever had.

Another key player is Gernot Trauner, captain and center back. He keeps a very good overview and his dribbling through the opponent’s midfield is a useful weapon. Reinhold Ranftl, right winger, is very fast and controls the ball especially well. Unfortunately, his congenial partner, Thomas Goiginger, is injured. The central midfield is James Holland’s (defensive) and Peter Michorl’s (offensive) territory. Both are very important for the team, not least because of their ability to read the match.

We have two very good forwards, Joao Klauss and Marko Raguz, both are very important but they only play one at a time. Both have superb technical skills. 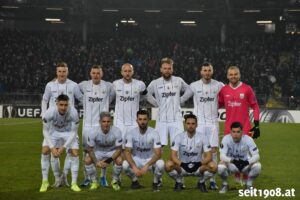 Which United players are you keen on keeping quiet and why?

United has got some world class players and we think every single one of them should be kept quiet. That is not even a joke, as we have not faced such a strong team since 1985, when we faced Inter Milan in UEFA Cup (1:0; 0:4).

But to answer your question, we expect your fast forwards, Rashford and Martial, to be hard to defend against. 2/3 of our regular defence will be missing in the first leg and the others may struggle to keep up speed-wise. Good positional play will be required. We will also keep a close eye on Bruno Fernandes, who played against us with Sporting Lisbon in autumn. We feel like he may be one of the most important players for Manchester United right now.

Talk to us about the atmosphere at Linzer Stadion. Given that the game will be held behind closed doors, how could the lack of an atmosphere affect the game/players?

First, we have to say that the current situation with Covid19 is very sad. We were excited to welcome one of the biggest clubs of the world in our city, a dream come true for many supporters. The atmosphere at European games in Linz this season has been fantastic. Remembering the matches against Basel, Eindhoven or Lisbon still gives us goose bumps. As I said before, we are living our dream right now, thus it is a shame that we cannot show Europe what our team can achieve together with its loyal supporters. The Linzer Stadion has often been called an ‘eastern block stadium from the seventies’, which will be even more obvious when the stadium is empty. If we are lucky, that atmosphere will be dreadful for the United Players, giving us an advantage. Jokes aside though, we definitely feel like we are losing our home advantage. 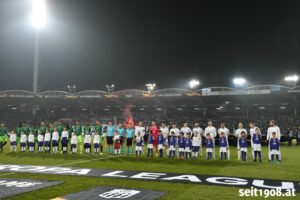 What are your thoughts on this current Manchester United team and how they’re playing?

No matter what the name of the opponent, LASK will try to play their game style. Manchester United will not even get a chance to play their own style. No, seriously. We are no “tactical freaks” at seit1908.at, we are more interested in a club’s history, club’s policy and good football. We know that Manchester United is a very, very strong team in all parts of the field, and will be difficult to compete against. We know that our team conducted a closer analysis of United’s game style however, which is what counts in the end.

This will be our first ever encounter in football. What are you expecting and what are your predictions?

We are anticipating two very tough games. If there is a small chance for us to compete, we will take it – which is one of the best qualities of our team. To be realistic, we think that the European season will be over after this round, but that would be okay for us. We will then focus on winning the Austrian championship, which is very important to us. Our prediction: 1:1 in Linz, 2:0 in Manchester – United makes it to the next round. If we could surprise, it would be the biggest success in the club’s UEFA history. At the same time, due to Corona, we are not sure if we could enjoy the journey and the success as much as we should.

We hope to be able to see the match at Old Trafford next Thursday and that it will not be played behind closed doors as well. Supporting LASK in this famous stadium would be one of the highlights of our lives.

Thank you for giving us the opportunity to talk about LASK and let’s hope for two good matches. May the better team win.

Best wishes from the seit1908-crew!

Special thanks to The Utd Arena 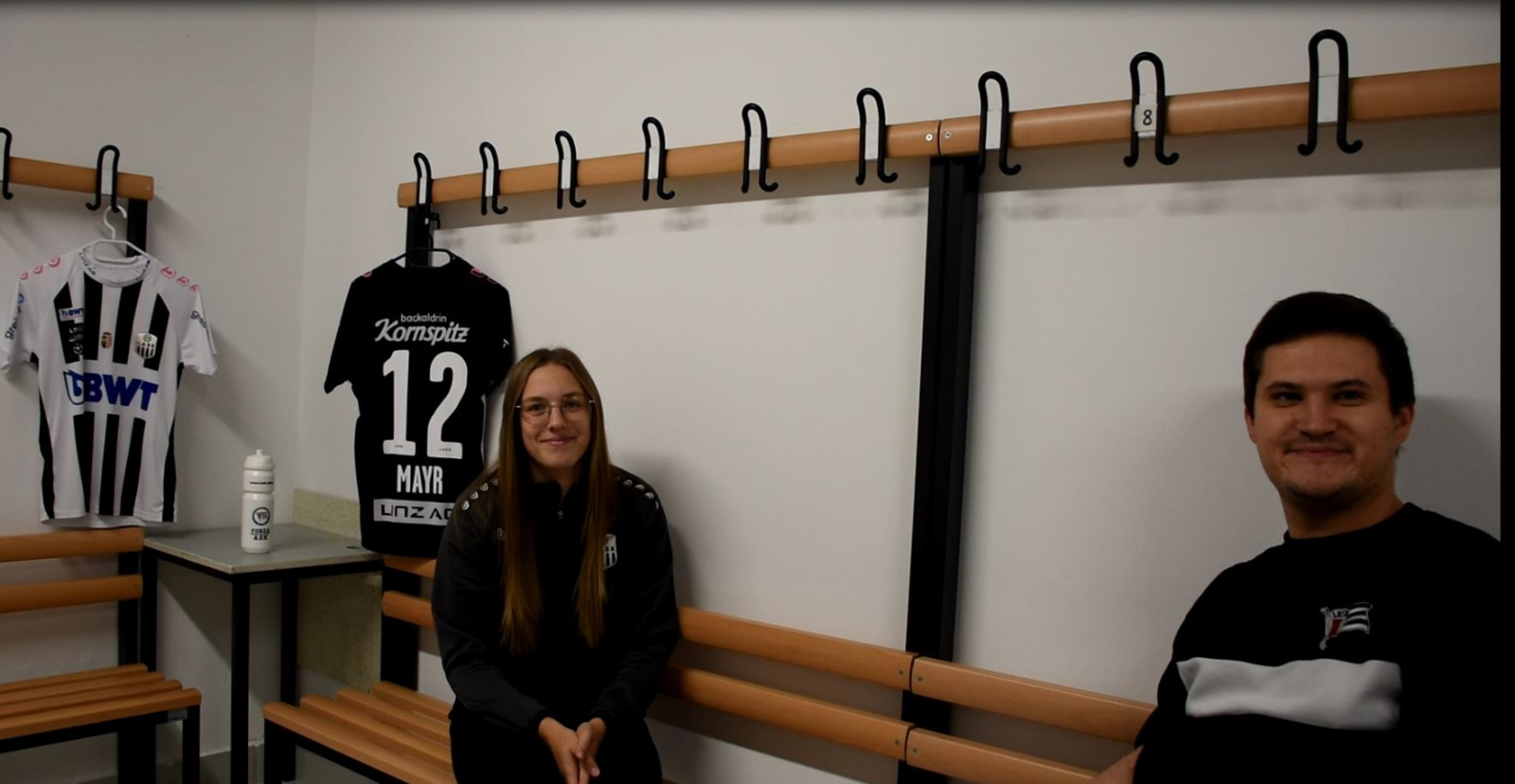 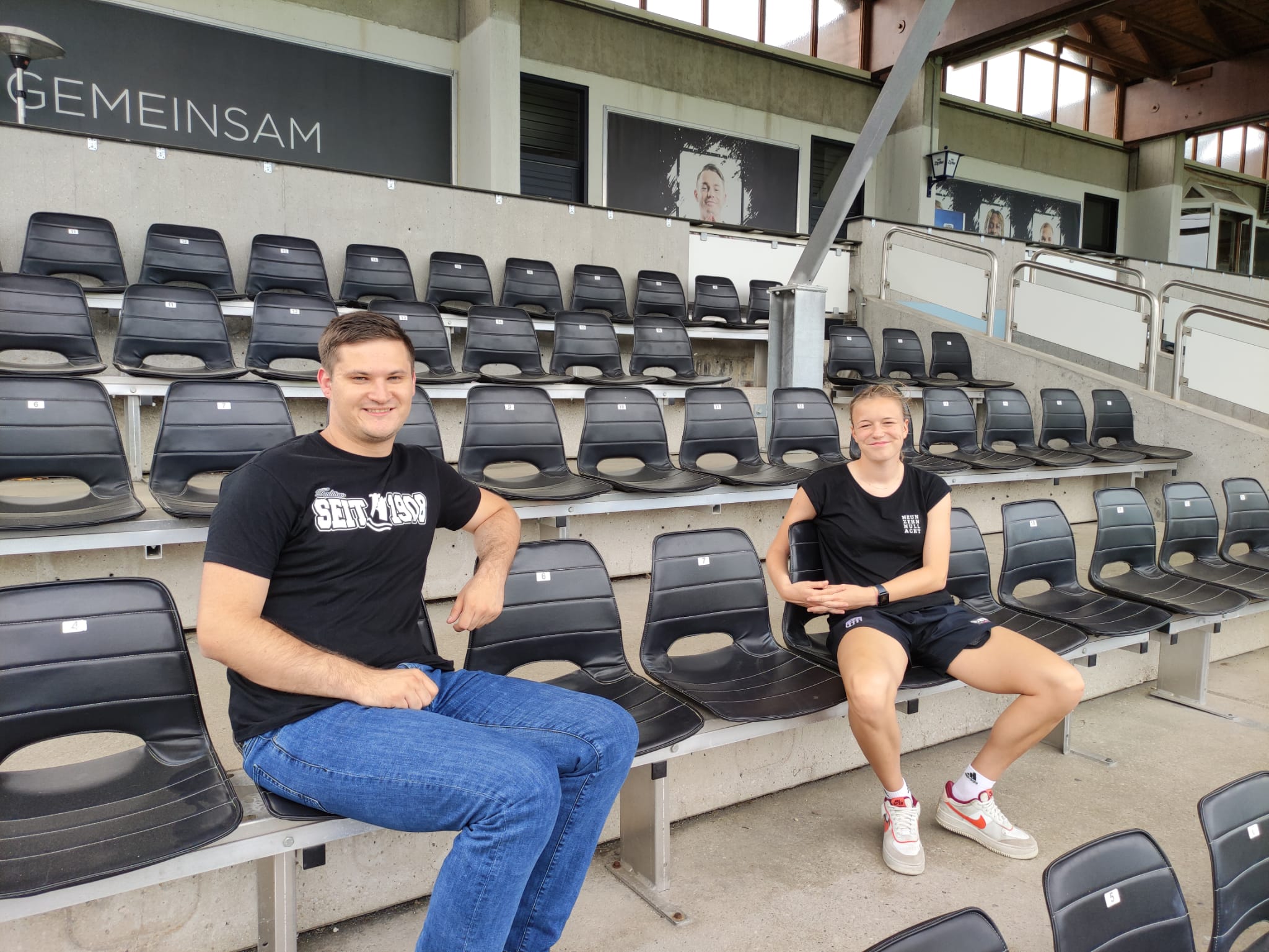 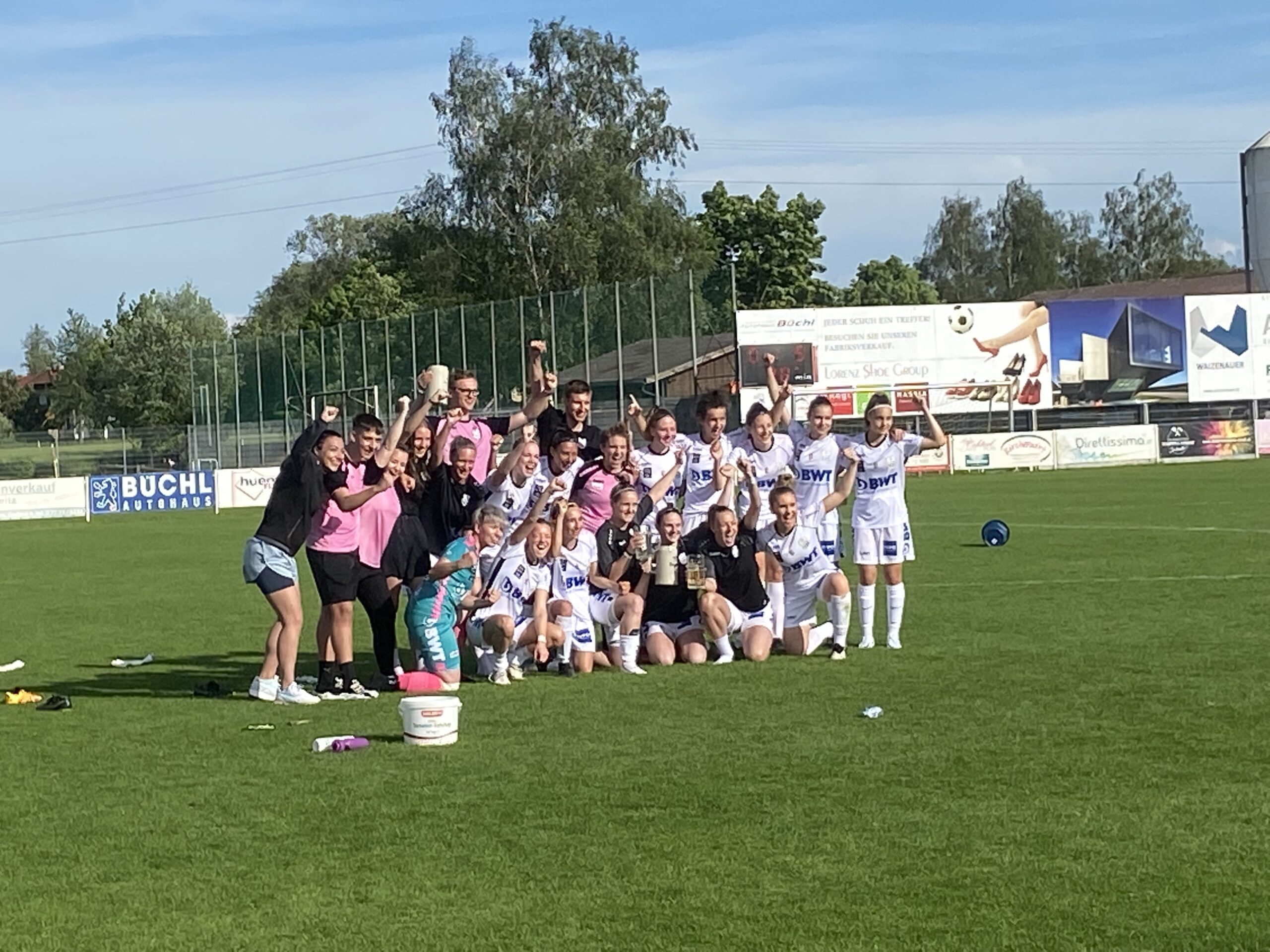 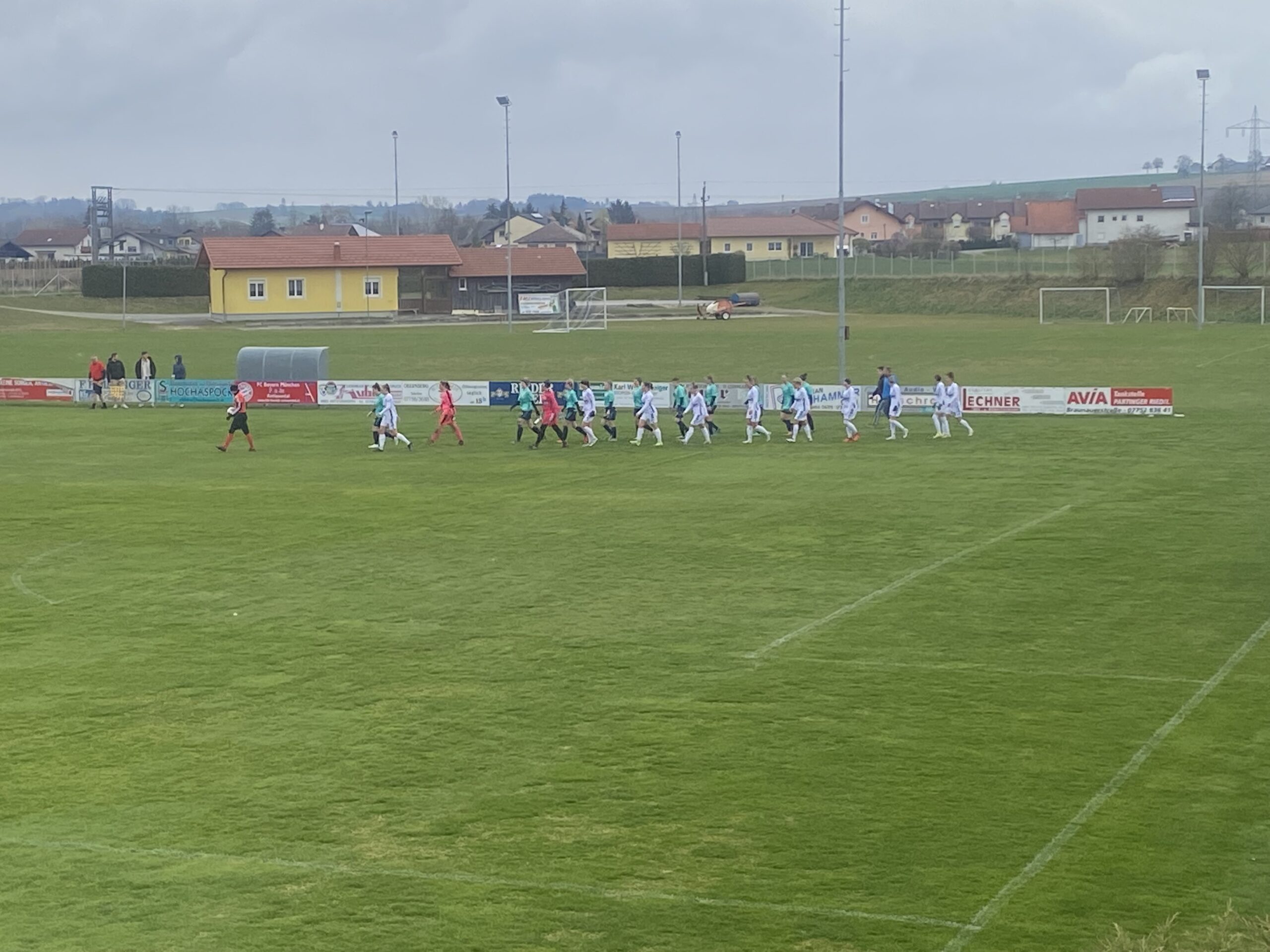 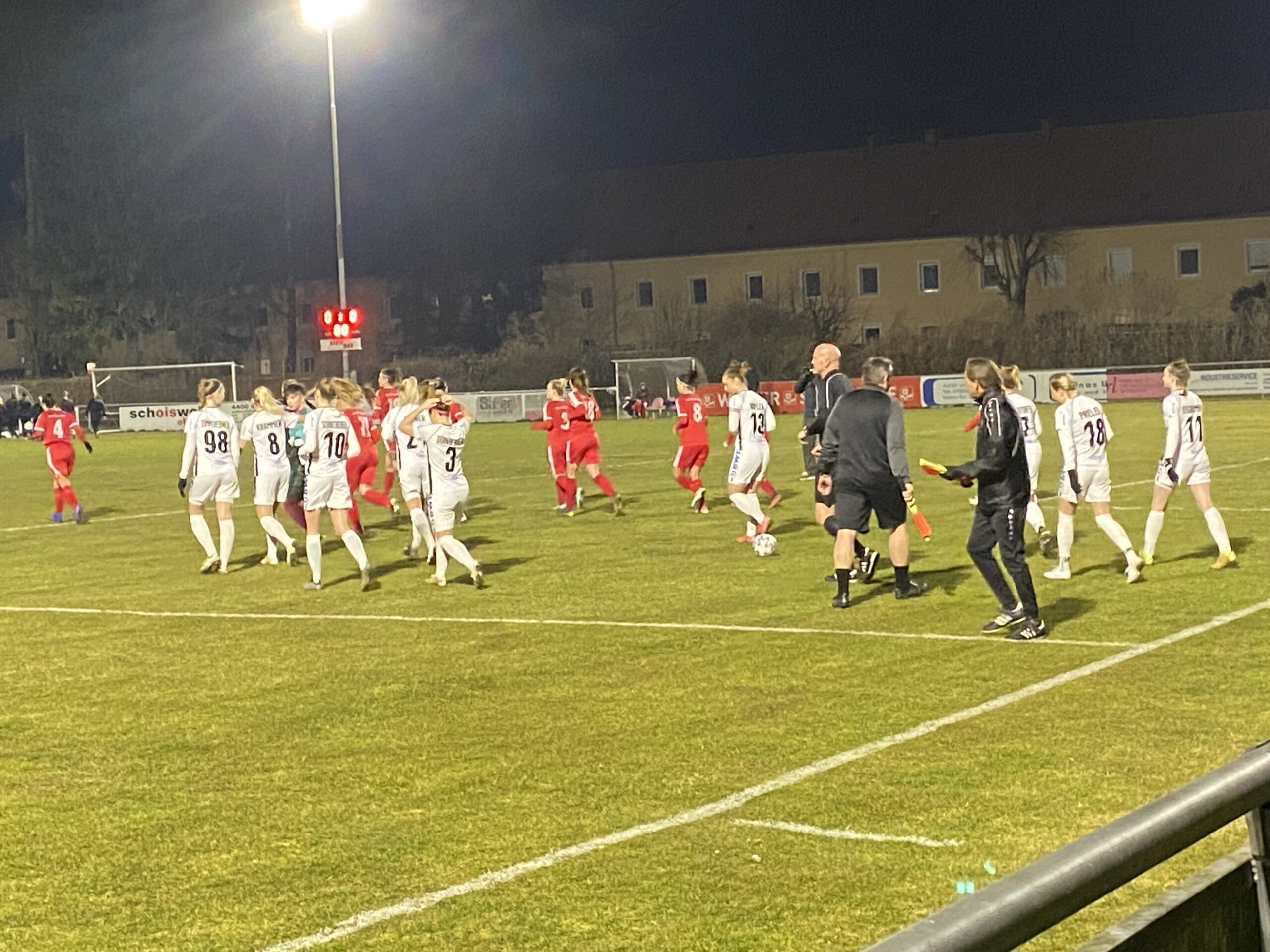 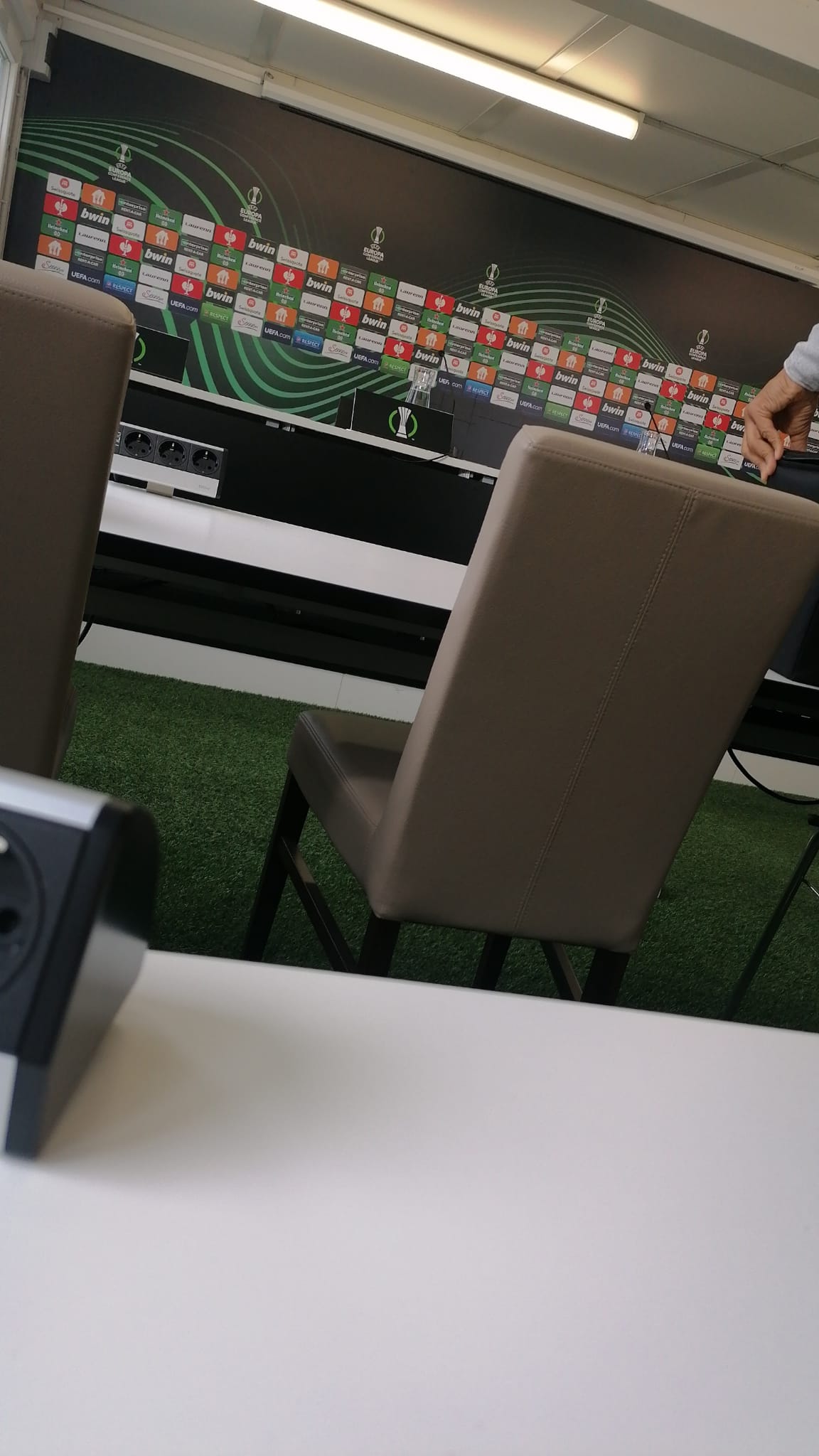 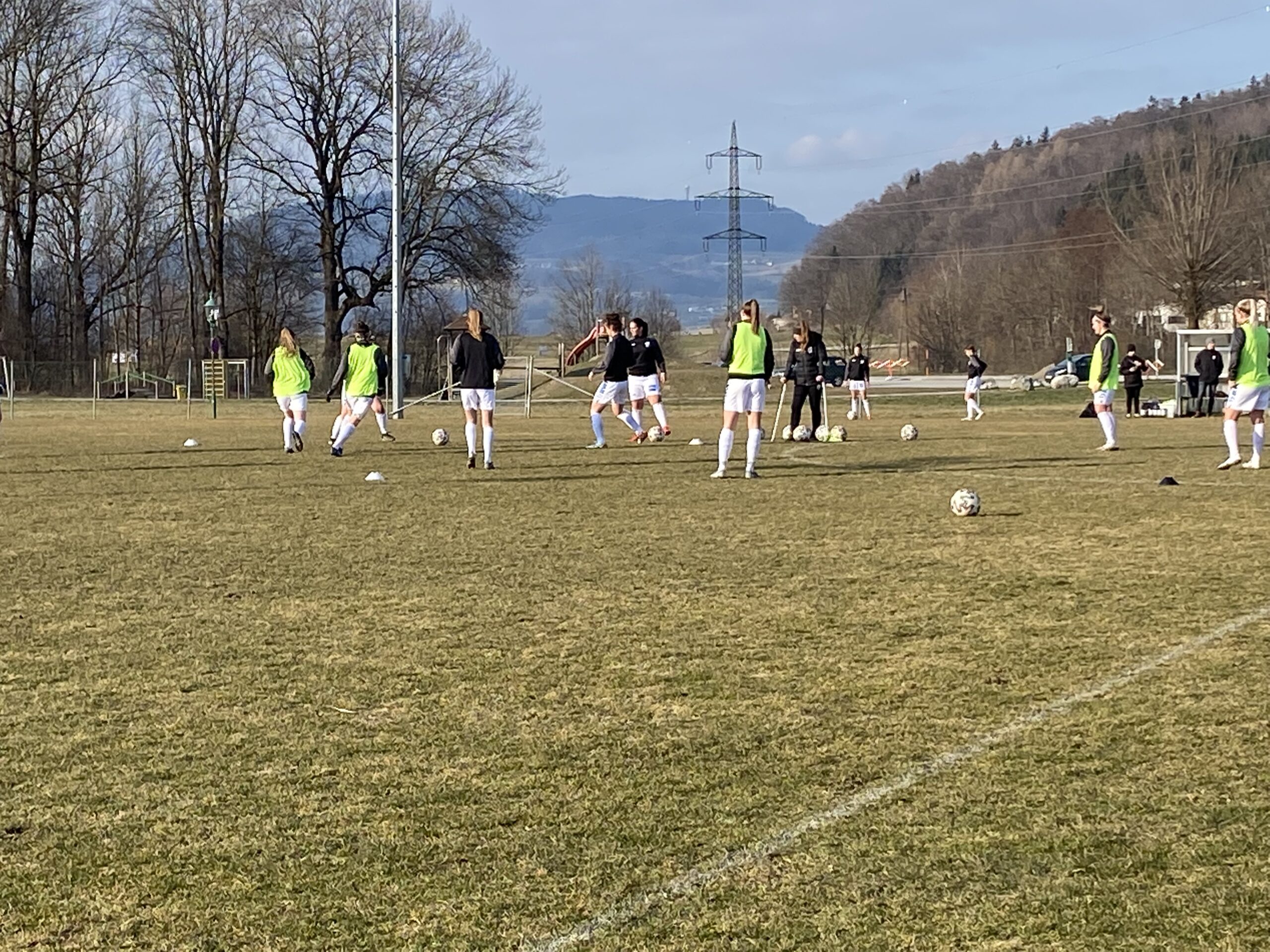